Half Arabs - horses for sale 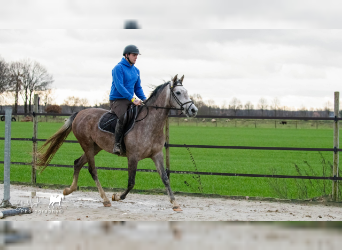 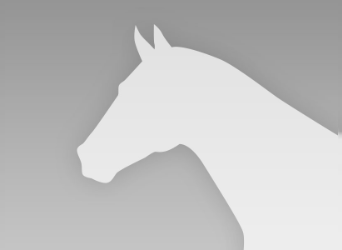 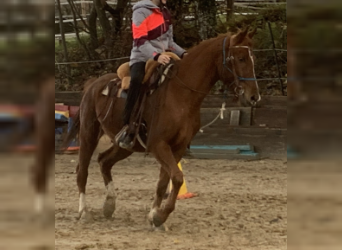 Half-Arabian Horses for sale on ehorses

A Half-Arabian Horse is one whose breeding is half Arabian Horse, and half another breed. They are often classified as part-bred Arabs (part-bred Arabians), which are also known as part-Arabs (or part-Arabians). Breeders who produce and sell a Half-Arab aim to create a horse that combines selected qualities of both breeds to match the needs of the purchaser. For example, a rider may want to buy a Half-Arab that is an Arab horse crossed with a British native type such as a Cob. In this case, the intention might be to create a horse with some of the grace and stamina of the Arab and the strength, hardiness, and easy-going nature of the Cob. Crossing horses in this way can make excellent outcomes.

Use and characteristics of Half-Arabian Horses

Selective breeding to produce a Half Arab can be an informal, even a one-off event. However, some crosses have become so well-established that they have taken on the status of a breed, with dedicated registries. The Anglo-Arabian is probably the best-known example for riders looking to buy a Half-Arabian. This is a cross between an Arab and a Thoroughbred. For registration purposes, the genetic percentage of each breed represented in the parents varies from country to country. In the USA, for instance, all registered Half-Arabs must have one purebred Arab parent. If breeders sell a Half-Arab with two Half-Arab parents, it cannot be registered with the Arabian Horse Association of the USA. Genetic outcomes such as strength or appearance are therefore only part of the issue in breeding Half-Arabs. The other part relates to meeting the registration requirements of the appropriate national or regional Arabian horse organization, which many owners of Half-Arabs wish to do. Many of these registries have dedicated sections for Half-Arabs and part-bred Arabs.

The Arab, or Arabian horse, has long been viewed as a horse to improve other horse breeds, and many other breeds have been influenced by Arab horses. Very often the clue to the cross is in the name of the new breed. Half-Arab crosses which now have the status of a breed include the AraAppaloosa, a cross between an Appaloosa and an Arab horse; Quarabs, a Quarter Horse-Arab cross; Morabs, Morgans crossed with Arabs; and Welaras, Welsh ponies crossed with Arab horses. Sometimes, as with other crosses, Half-Arabs are eligible for more than one registry. This can be of great benefit to riders, as it opens up more opportunities for competing or showing their horse. Breeds with open studbooks that allow Arab and half Arab horses to register to include the American Warmblood, the Oldenburg, and the Palomino and Pinto breeders’ registries. Registration is usually dependent on the Half-Arab horse meeting all the other criteria of the breed. Other stud books are semi-open, or partially open. They will allow the registration of horses up to a particular percentage of Arab ancestry or parentage. Many of these breed registries will have had Arab horses as part of their foundation stock. Examples include the American breed the Colorado Ranger, the Gidran, a Hungarian breed sometimes called the Hungarian Anglo-Arab, the Sardinian Anglo-Arab, and Trakehner. Other stud books such as the Thoroughbred and the Orlov Trotter, have entirely closed books even though Arabians formed part of their foundation stock.

The potential outcome of a cross between breeds is broad-ranging, meaning that Half-Arabs of very diverse types are participating successfully in every field of equestrian sport.