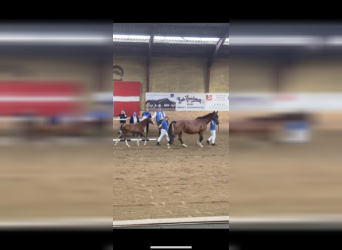 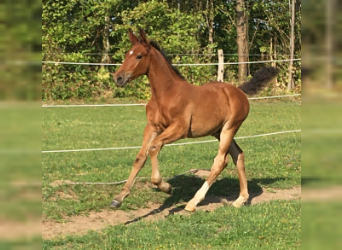 price range ~$2,694 to $5,387

Add to wish list
Stop looking and be found instead
With your personal request in search of the horse of your dreams.

Frederiksborg Horses for sale on ehorses

Frederiksborg Horses are members of a Danish breed with a long and noble history. Having been some of the most famous horses in Europe, they were much in demand by royalty and nobility due to their elegance and versatility. Their great success almost led to their demise, as so many were exported from Denmark that the breed perished in its home country. Equestrians buying a Frederiksborg today have chosen a willing, hardworking breed that excels as a harness horse. They are very popular in Denmark and most people who sell a Frederiksborg are breed specialists and enthusiasts.

Use and characteristics of Frederiksborg Horses

Frederiksborgs, also known as Frederiksborger horses, are very attractive animals, almost always chestnut in color. They often have flaxen manes and tails and white markings on their legs and face. Standing 15.1 hands (61 inches/155 cm) to 16.1 hands (65 inches/165 cm) high, they have the powerful neck, shoulders and chest required of heavy harness or light draught horses. They are elegant too, and people often buy a Frederiksborg for riding as well as harness work. Since some of their ancestors were high school horses used by the aristocracy, it’s not surprising that there’s a lot of interest whenever breeders sell a Frederiksborg.

The origins of the Frederiksborg breed lie partly in Denmark’s own indigenous horses. Particularly those bred in Jutland and Schleswig, which is now a German province but was once part of Denmark. The history of these two breeds dates back to medieval and possibly even earlier times. The chestnut coloring with flaxen mane and tail that distinguishes the modern Frederiksborg may also have been characteristic of the Jutland and Schleswig Horses. Just like anywhere else in Europe, Danish monasteries and other religious foundations played an important role in producing horses in medieval times. When the Reformation brought sweeping changes in the sixteenth century, King Frederick II of Denmark acquired many of the best horses from these sources and set up a royal stud at Frederiksborg. His son Christian IV carried on the tradition, using Spanish stallions to develop the breed further. The royal program was so successful that from the sixteenth to the nineteenth centuries, Frederiksborg horses were some of the most highly prized animals among the elite of Europe. The royal studs were often divided into sections by coat color, creating separate studs for red, black and gray horses, for instance. This was particularly important for producing matching horses for carriage and coach work. The horses needed not only to look alike, but also have similar conformation and temperament. The uses of the Frederiksborg horses changed over time, from horses for the manège, cavalry and general riding, to carriage and riding horses. Eventually, two types developed, one for riding and one for harness work. Interest in the horses continued for centuries with hundreds exported throughout the world, until in 1839-40 the original stud found itself with so few remaining horses that it could not continue. An attempt was made to reinvent the stud as a centre for breeding Thoroughbreds but without success. Happily, private breeders continued to produce Frederiksborg horses. From 1939 onwards, attempts have been made to restore the Frederiksborgs using various other breeds including Friesians and Oldenburg Horses.

A Frederiksborg stallion named Pluto, foaled in 1765, was the founding sire of one of the famous lines of Lippizaners at the Spanish Riding School. Frederiksborg horses are confident jumpers and also excel in harness.