The Pottok is a Basque pony, possibly a breed of ancient origin, which lives a semi-feral life in the Pyrenees. These strong, hardy animals are an important part of Basque culture and are prized today as riding and driving ponies throughout France. In centuries past, they were popular with smugglers! The main reason people buy a Pottok today is their good temperament, which makes them excellent riding ponies for children. Like many other semi-feral pony breeds in Europe, they are all owned and managed by locals, mainly farmers. These are the principal suppliers who sell a Pottok today, but there are now many Pottok breeders elsewhere in France. 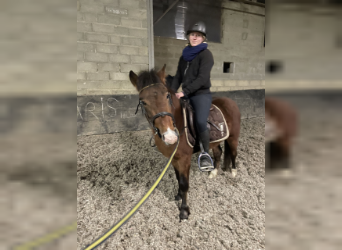 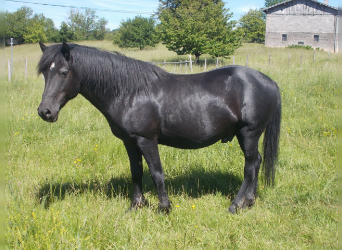 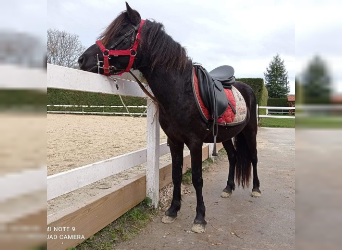 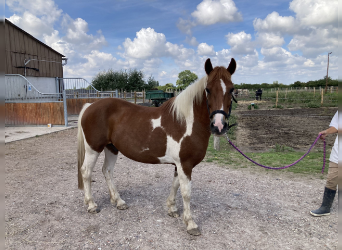 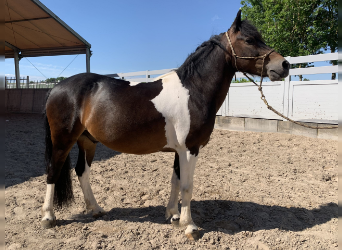 price range ~$5,387 to $10,774

Add to wish list
Stop looking and be found instead
With your personal request in search of the horse of your dreams.

Use and characteristics of the Pottok

The Pottok is also known as the Pottoka or simply the Basque Pony. They stand between 11.1 hands (45 inches/114 cm) and 14.2 hands (58 inches/147 cm) high. They generally weigh 660 lb to 770 lb (300 to 350 kilograms). The base coat colour is bay, with black and brown the next two most prevalent colours. In some areas, black has become predominant. It is also possible to buy a Pottok with pinto colouring since these first emerged in the late nineteenth century in the region of Biscay. The ponies are rounded up for sales where owners can sell a Pottok at auction. These events take place twice a year, in spring and autumn. In winter, Pottoks grow a very thick coat, known as the borra.

Origin and history of breeding Pottoks

The name Pottok derives from a Basque word meaning “round”. In some regional dialects, it can simply mean “pony”. Many lovers of the breed make claims of antiquity for the Pottok. It’s said that the Palaeolithic paintings in the region may represent paintings of horses that were ancestors of the Pottok. While this remains unproven, it’s true that the Pottok does have an unusual genetic make-up, which marks it out as different from other breeds. Its closest relatives are neighbouring breeds of ancient origin from Spain such as the Asturcón, the Losino and the Galician. The French Landais pony also has a genetic link to the Pottok. One theory suggests that all these breeds may date back to the arrival of Bronze Age horse-owning people in western Europe and Britain. There are also DNA markers linking the Pottok to British Mountain and Moorland ponies, but these may have come in through exports from Britain in the 20th century. Pottoks were often used as pack horses by smugglers because of their dark colouring and sure-footedness. This made them ideal for smuggling goods through the mountains between France and Spain. In the 19th and 20th centuries, many Pottoks were used as pit ponies. The breed is divided into different types. Formerly, these were the Standard Pottok, the Double Pottok and the Piebald, or Pinto Pottok. The Double Pottok was the largest of the ponies, while the handsome and showy Piebald Pottok was a popular circus pony. A breed standard is maintained by several bodies, including the French organisation Les Haras Nationaux. Today, this organisation divides Pottoks into two types, the Mountain Pottok (Pottock de Montagne) which stands up to 13 hands high (52 inches/132 cm) and the Plains Pottok (Pottok de Prairie) which has a height range of 11.3 hands (47 inches/120 cm) to 14.2 hands (58 inches/147 cm) high.

Other breeds have been crossed with Pottoks, including Arabs and Welsh Section B ponies. Pottoks are versatile all-rounders, equally at home in the show ring or participating in distance riding.