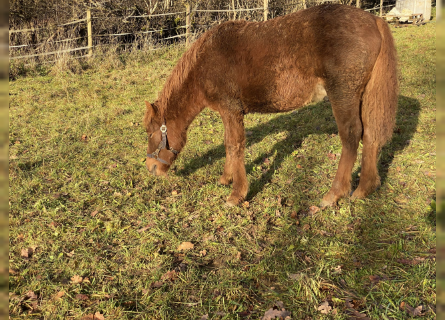 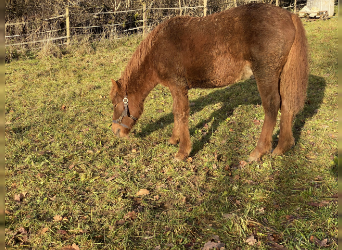 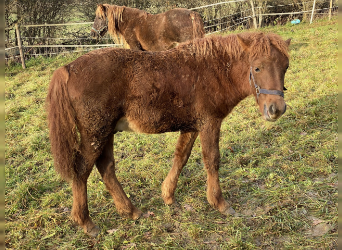 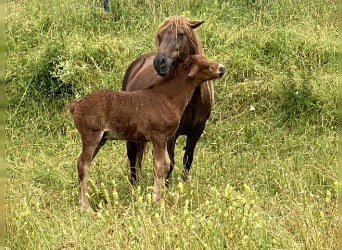 The Mongolian pony is a hardy, sure-footed breed that is well adapted for living in the harsh terrain of its native homeland. For toughness, endurance and the sheer ability to survive the most extreme conditions, a Mongolian Pony is hard to beat. They have thick coats and manes which help them survive cold winters, as does their naturally deep hoofs which give them excellent traction on icy ground. The ancestors of these small equines carried some of the fiercest warriors the world has ever seen on their conquests. While perhaps not a familiar sight outside Mongolia, the ponies are not unknown, and it was possible in the past to find people who would sell a Mongolian pony. In the twentieth century, for example, it was not unusual for mine owners in Britain to buy a Mongolian Pony to work below ground. Today, the ponies of Mongolia still play an important part in Mongolian culture and everyday life. The Mongolian Pony is an incredibly versatile breed that excels in many disciplines including dressage, show jumping, eventing and endurance riding. With their powerful hindquarters and strong legs they are capable of covering long distances with ease. Their intelligence makes them easy to train, making them suitable mounts for children and beginners.

Use and characteristics of the Mongolian Pony

Strictly speaking, Mongolian ponies are described as small horses as their bodies are not those of a typical pony. They are strong and stocky, with relatively low-set large heads, short legs and excellent feet. They range in size from 12 hands (48 inches/122 cm) to 14 hands (56 inches/142 cm) high and weigh between 500 and 600 lbs (approx. 230 kg - 270 kg). People from different parts of Mongolia have their preferences regarding type and colour, so if a purchaser wishes to buy a Mongolian Pony they can choose from several kinds. There are ponies that are suited for the desert regions, short, tough mountain horses, and owners will also sell a Mongolian Pony that is adapted to carrying extremely heavy loads. The fastest horses come from Khentii and Sükhbaatar Provinces.

The Mongolian Pony is a breed of horse that has been bred over centuries to adapt to the harsh conditions and terrain in Mongolia. Since horse domestication first took place on the Eurasian steppe, possibly in more than one location, it’s likely that Mongolian ponies are the descendants of some of the oldest strains of domesticated horse. DNA evidence also suggests that they are related to the equines of northern Europe, Britain and Scandinavia such as Fjords, Exmoors, Icelandic horses and Shetlands. They also appear to share ancestry with many Japanese horse and pony breeds, as well as other breeds of central Asia.

Mongolian ponies roam freely over the grasslands of their home, living a life that is close to a completely natural one. Unlike other domesticated horses and ponies, their feet do not need trimming as they wear naturally due to their free-ranging lives. They are exposed to extremes of temperature and have great powers of endurance and stamina. This is reflected in adaptations such as a dense coat and especially long, thick manes and tails. Historically, the Mongolian people were nomads, moving over the land with their flocks and herds. They used their mares to make a fomented milk drink known as airag, as well as using some of the horses for meat. Every part of a dead horse, including the tail and bones, could be utilised. Their massive horse herds also provided riding horses that could be used in raids and warfare. Part of the success in raiding was because they had large strings of remounts, up to twenty spare horses at a time. The rolling grasslands made it possible to raise literally millions of animals for their use. Although the human way of life has changed, there are still millions of horses living freely in Mongolia today.

For centuries, life in Mongolia involved the use of horses every day. Children were put on a pony’s back at a very young age. Horses were used in sports such as archery and racing, which remain popular today. Sergeant Reckless, a mare used by the US Army in Korea, was of Mongolian stock.