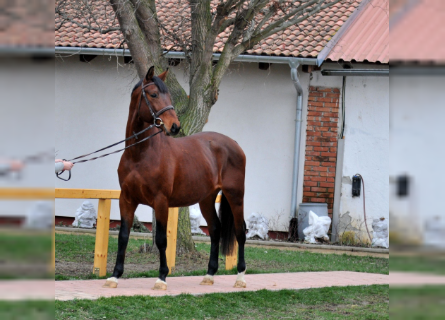 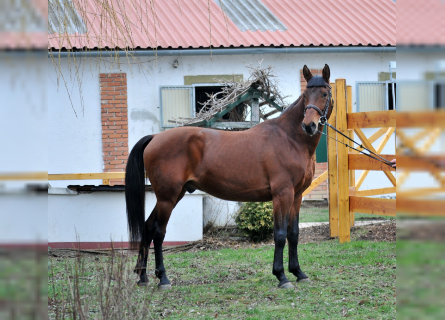 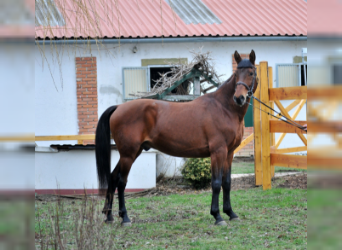 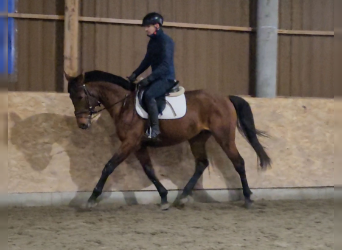 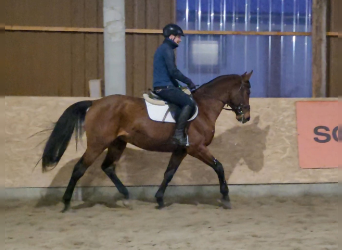 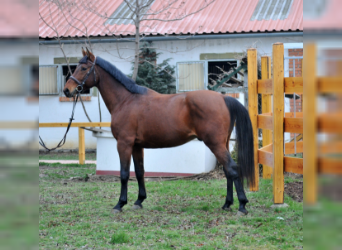 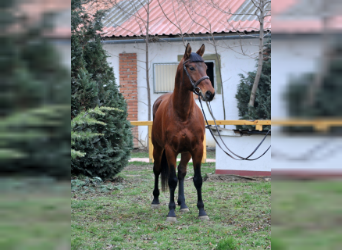 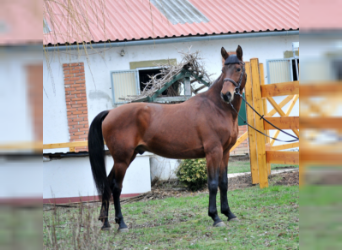 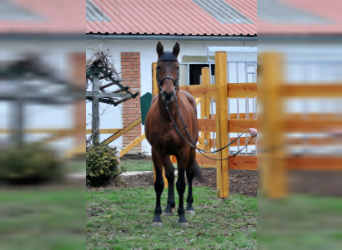 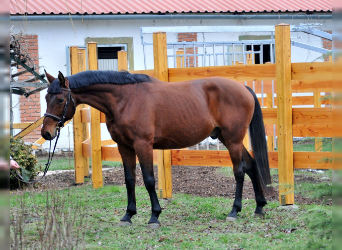 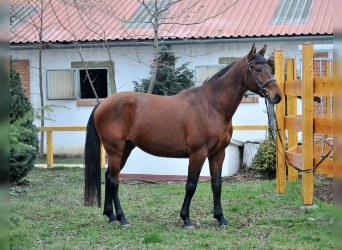 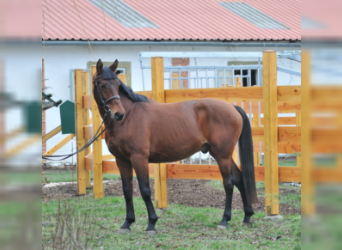 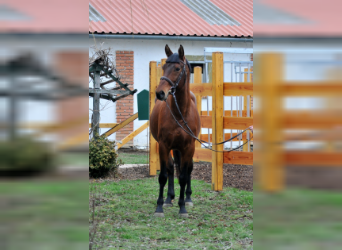 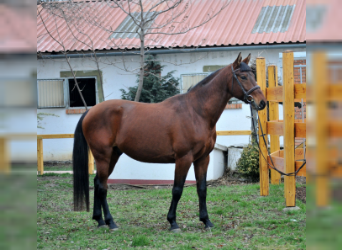 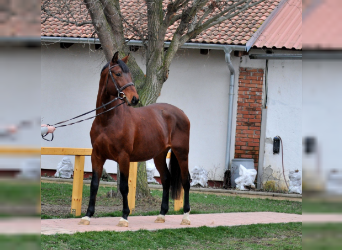 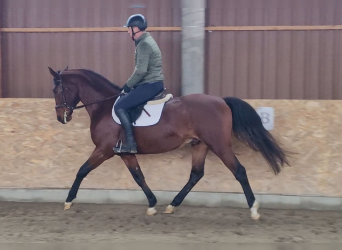 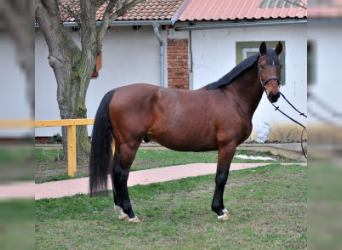 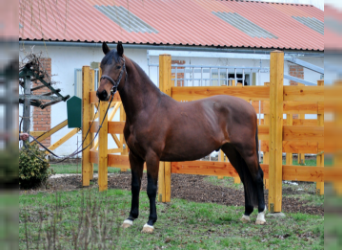 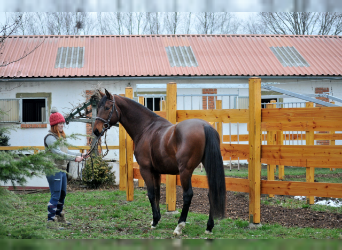 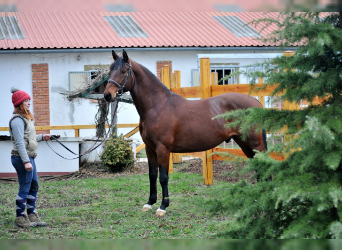 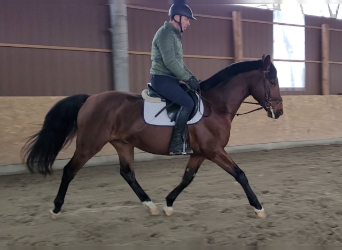 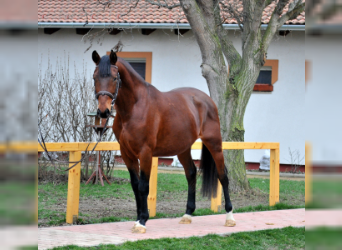 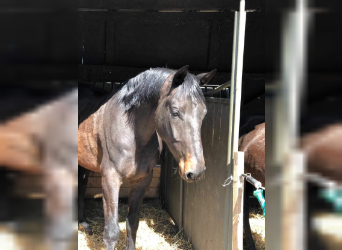 The people of Hungary have long been famed for their equestrian skills and the Furioso is one of the most famous breeds this horse-loving nation has produced. Also known as the Mezöhegyes Halfbred, the Furioso is a handsome, versatile warmblood horse. It is an excellent saddle horse which has also been used extensively for competition carriage driving. Hungary leads the world in this sport, and the breed’s suitability in this sphere is one of the reasons many people still buy a Furioso. The horses were bred mainly at the national stud farms of Mezöhegyes and Kisber. Since the closure of these studs in the 1960s, fewer breeders and individuals produce or sell a Furioso, making them now a rare breed.

The story of the Furioso breed began at the Mezöhegyes Stud Farm in 1841, when an English Thoroughbred named Furioso arrived to join the exclusively bay-coloured stock. The stud had been set up in 1785 by Emperor Joseph, ruler of the Austro-Hungarian Empire, who ordered his stud management to be based on a selected coat colour for each establishment. Some ten years later, the Norfolk Trotter stallion North Star, a descendant of a Derby winner, arrived at the Mezöhegyes stud. These two stallions were bred to local mares, many of which were from the Hungarian Nonius draught breed, as well as mares from other breeds such as Andalusians. At first, the descendants of the two stallions were viewed as separate lines with different functions. This began to change in the late nineteenth century when the strains started to be mixed. Consequently, sometimes the breed was named the Furioso-North-Star. By 1943, four lines, or strains, of Furioso were recognised, these being Furioso A and B, and North Star A and B. The North Star line is now considered to be extinct. By the 1960s, breeding had transferred to the Nagkunság Stud, and today appears to be mainly carried out by specialists and enthusiasts. Despite its rarity today, the Furioso was much in demand as a competition horse throughout eastern Europe and Russia in the days of the Soviet bloc. It was used as a sports horse in a range of activities, from eventing to cross country. Though not considered to be the most athletic of jumpers, the Furioso made an excellent outcross when bred with Thoroughbreds, and still does, when rare examples of the original type of Furioso can be found.

The remaining Furioso stock is kept largely as an all-round work horse by enthusiasts of the breed. While its function as a competition horse has probably mainly been overtaken by more recently-created breeds, the Furioso is still an excellent harness horse which can also produce fine sports horses when bred with Thoroughbreds and the like.

Use and characteristics of the Furioso horse

The Furioso is often described as a medium to heavyweight riding and harness horse, though it also has elegant good looks thanks to its part-Thoroughbred ancestry. A true Furioso has a sturdy frame and a strong neck, making it suitable for general farm work as well as going under saddle and in harness. It was this all-round adaptability that made it popular to buy a Furioso in Hungary until, as elsewhere, mechanisation brought changes to farming life. They are between 16 hands (64 inches/163 cm) and 17 hands (68 inches/173 cm) high. Mostly bay in colour, some breeders occasionally sell a Furioso with a black coat, and even more rarely, a chestnut.

Furioso horses are a unique breed of horse boasting an elegant appearance and strong interior qualities. Its name is derived from the fiery temperament this breed is often associated with, as well as its impressive athletic ability. On the inside, Furioso horses are known for their loyalty and intelligence. They learn quickly and enjoy problem-solving activities, making them ideal companions for those looking for a horse with more than just good looks. They can be trained to participate in a variety of disciplines such as show jumping, dressage and eventing- proving that these animals have much more to offer than meets the eye! As far as temperament is concerned, Furiosos usually exhibit an energetic and vibrant attitude. However, they do need plenty of mental stimulation in order to stay content; otherwise they may display signs of boredom or frustration which could lead to unwanted behaviors such as kicking or biting. Providing them with regular exercise and training can help prevent such issues from occurring. Additionally, Furiosos often form deep bonds with their owner through positive reinforcement - something that can take time but will ultimately pay off in terms of trust between horse and handler. This unique characteristic makes them equally attractive both on the outside and within! In conclusion, Furioso horses have a great deal to offer those who admire their beauty-from intelligence and loyalty to an energetic disposition-which makes them truly special creatures indeed!

Furioso horses are a breed renowned for their striking looks and distinct exterior characteristics. These beautiful animals boast a solid build, standing at around 15-16 hands high and boasting powerful muscles in their shoulders and quarters. They typically have long legs, deep chests and wide backs - giving them an impressive silhouette that is sure to impress onlookers. Along with its strong build, the Furioso horse is also known for its chestnut colored coat that ranges from a dark brown to almost black mane and tail. Its sleek lines create an overall elegant look - perfect for any show ring! This coloration is usually accompanied by a white blaze on the forehead, as well as four white socks ranging from the back to the knees. The unique conformation of the Furioso gives this breed its characteristic presence both in the field and in the show ring. It moves gracefully, delivering powerful strides when at full canter. Its natural self-assurance make it a favorite amongst riders looking for a reliable mount - something that can be relied upon during competitions or simply enjoyed while out on rides through the countryside. In summary, Furiosos are truly stand-out creatures with much to offer their owners in terms of beauty, athleticism and loyalty! Whether you prefer admiring them up close or competing with them in events, these majestic steeds are sure to impress - both inside and outside of the arena!

Furioso horses are a breed that dates back centuries, tracing its history to 17th century France and possibly even further. The Furioso is believed to be descended from the Andalusian, Spanish Barb and Arabian breeds - each of which have contributed something unique to this remarkable breed. Furiosos made their way through Europe in the 1600s, and by the early 19th century they had reached England where they quickly became sought-after mounts for both showjumpers as well as cavalry officers. Subsequently, the breed entered the US during the mid 1800s and has since grown in popularity due to its impressive athleticism and good looks. From then on, Furiosos have gone on to compete internationally across a variety of disciplines such as show jumping, eventing and dressage - with many winning championships at some of the world’s most prominent competitions. They've also become highly coveted as companion animals due to their intelligence, loyalty and gentle nature. In conclusion, with centuries of history behind them, Furioso horses possess an unrivalled air of sophistication that continues to make them popular today. Their distinguished breeding lines ensure an animal that can improve any equestrian program - making them truly exceptional members of any team!