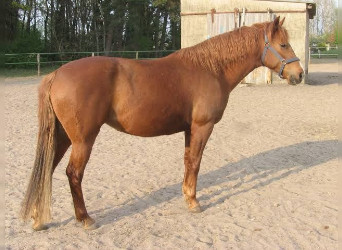 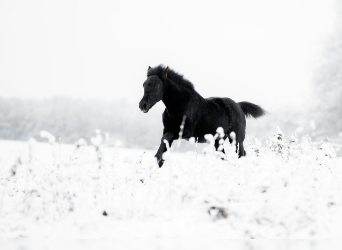 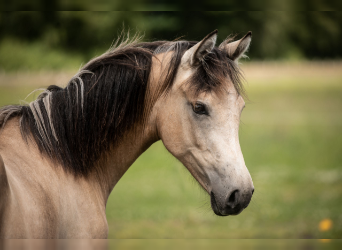 Barb Horses for sale on ehorses

Barb Horses, also called Berbers, are horses of North African origin, and fine examples of the breed can still be found today in Morocco, Tunisia, Algeria and Libya. Although perhaps less well-known than other breeds in the "Oriental" group, the Berber Horse, or Barb, has made an immense contribution to world breeds, particularly those of Spain. In fact, different types of Barb Horses have emerged over the years, so purchasers wishing to buy a Berber Horse can choose from Moroccan, Spanish, and several other types. These imposing horses have magnificent heads that are sometimes described as being like those of rams. A 19th-century European naturalist wrote that horses from a famous strain of swift Berbers originating south of the Atlas Mountains were known as "Drinkers of the Wind".

Use and characteristics of Barb Horse

Barb Horses were traditionally raised in harsh desert conditions, living closely with the nomadic Berber people who kept them. The best examples were often selected to join the studs of the rulers of North African kingdoms, and so the Berber has a dual history as both a high-status animal used in displays and a practical mount for desert conditions. Any riders considering a horse suitable for distance riding will find the decision to buy a Berber is a good one. They have qualities of both speed and endurance and thrive in harsh conditions, being used to living on frugal fare. Internationally, the horses are still relatively rare and those who sell a Berber are usually experts on the breed. Berbers are usually 14 hands (56 inches/142 cm) to 15 hands (60 inches/152 cm) high, making them a good size for riding horses for experienced equestrian families. Despite their designation as Orientals, their conformation is distinctive and different from others in the group. The Berber has a distinctly convex profile and a low set tail. Their legs are long, clean and strong, contributing to their speed as racehorses. Gray is a popular color, though foundation colors are predominantly black and bay.

Due to lack of early documentation, and their origin among nomadic tribes, the history of Berber Horses has remained somewhat obscure. Experts have argued that they may be the descendants of the Nisaean horse, a type from the regions of Anatolia and Persia that was recognised by the Romans. The Carthaginians of North Africa were also noted for their horses and horsemanship. It was believed for a long time that Berbers might be the descendants of very ancient horses from Iberia, but this is now doubted. It is more likely that existing animals were influenced by the horses of the Vandals and other people from Europe who occupied the region in post-Roman times. In medieval times, the Berber horse became popular with European rulers such as Richard III, whose horse was named Roan Barbary. Thomas Blundeville, who wrote an early book on horse breeds, described them as “swift runners out of the King of Tunnis land”. Berber horses played an important part in the creation of the Thoroughbred. The Moroccan Berber or Barb is frequently recognized as the purest type.

Today, the noble face of the Berber horse can be seen in many Spanish-influenced breeds including the Lippizaner Horses of the Spanish Riding School in Vienna. South American breeds such as the Criollo also have Berber ancestry. While some modern Berber strains have been influenced by Arabian Horses genes, the true Berber remains distinctively different from the Arab. In speed, endurance and display, the influence of the Berber continues.