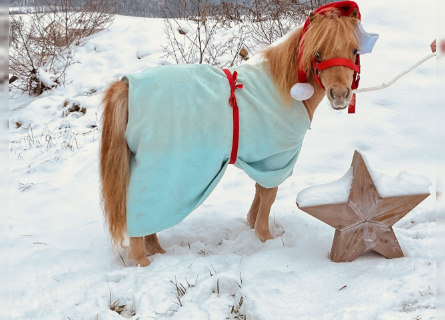 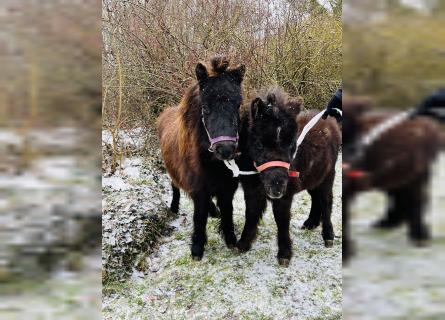 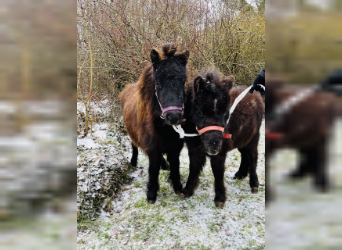 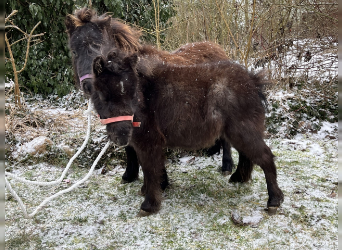 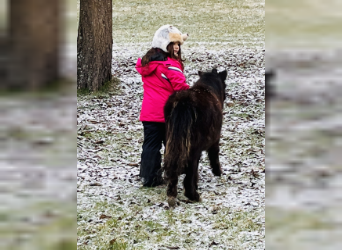 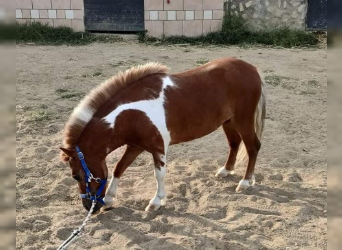 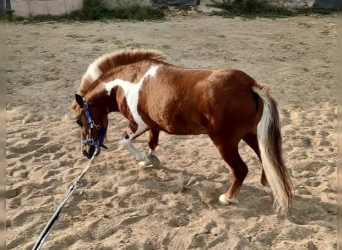 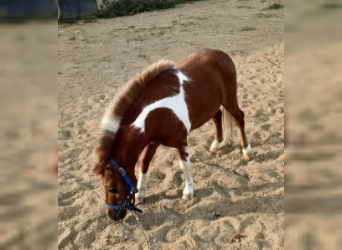 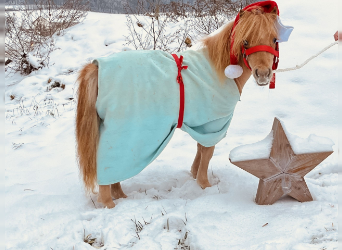 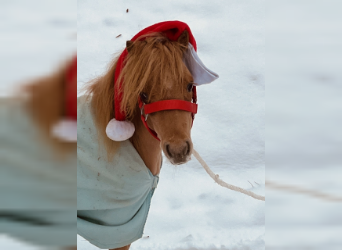 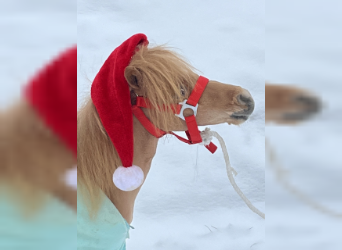 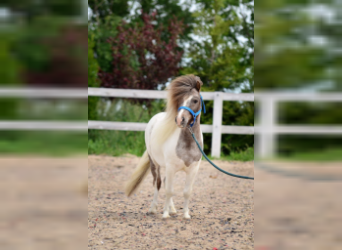 Falabella horses are a unique and rare breed of miniature horse, prized for their gentle nature and small stature. Standing at just 28 inches tall, these ponies have been bred over the years to maintain their size and distinctive appearance. The interior or character of Falabella Horses is one of gentleness, intelligence, and trust – they make wonderful companions for both adults and children as they love attention and being around people.

Origin and history of breeding Falabellas

The origins of the Falabella are said to date back to the middle of the nineteenth century. The breed began in Argentina, where various types of horse developed from the original imports of European settlers, many of which ran wild on the Pampas. These semi-feral horses were extremely tough and hardy, capable of surviving extreme weather conditions, hunger and cold, and threats from predators. The best-known horses of Argentina are the Criollo horses, which contributed to the Falabella breed. Roaming over the vast grassy plains, the horses lived in herds of various sizes. Over time, some of the herds tended to produce horses that were smaller than those in other herds. One theory says that indigenous tribes on the Pampas acquired and prized the smaller horses. It was some of these that Patrick Newtall, an Irishman, obtained and began to breed selectively to create the Falabella. Dates for the foundation of the breed vary from 1845 to 1868, due to the lack of early records. However, it is known that in 1879, Newtall’s son-in-law, Juan Falabella, inherited the ponies, and began to focus on creating a distinctive breed of miniature horse. Falabella used selected Criollo, Shetland and small Thoroughbreds to produce ever smaller animals, finally producing animals that averaged under 33 inches in height (8.1 hands/84 cm).

The following generations, Emilio and Julio César Falabella, focused their attention on conformation as well as size. Julio also set up a formal breed registry in the middle of the twentieth century, now known as the Falabella Horse Breeders Association (Asociación de Criadores de Caballos Falabella). Juan used the description “mini-horse” of the breed, a term that is still in use today. The most important stallion in the 1930s was Napoleon I, who appears in the ancestry of many modern Falabellas. It was Julio who also began to promote the breed worldwide, and it soon gained an enthusiastic following, particularly in the USA.

Falabella horses are often measured in inches, rather than traditional “hands”. Over time, the breed standards have changed, ranging from 40 inches (10 hands/100 cm) to today’s standard, between 28 inches (7 hands/71 cm) and 34 inches (8 hands 2 inches/86 cm). They are robust ponies, having inherited toughness and good bone from some of their ancestors, and grace and athleticism from others. The mixed ancestry is also reflected in different appearances, some Falabellas being more cob-like while others favour the Thoroughbred in type. Many are bay or black, but pinto and spotted variants are very popular.

Suitability of Falabellas as companion ponies and pets

Although considered too small to ride, Falabellas make excellent companion ponies and can compete very successfully in shows. They are exhibited in-hand and take part in in-hand jumping classes. They are capable of clearing fences up to 90 cm (3 ft). Agility is another area in which these ponies can be outstanding performers. Being much the same size as large dogs, they can often use the same agility equipment, too. They are used as driving ponies, drawing a range of miniature vehicles, including stagecoaches. The first Falabellas in the USA were imported by the Regina Winery of California. The Kennedy family were some of the first people in the USA to acquire Falabellas as family horses. There is now a growing role for Falabellas as service horses, assisting visually impaired or people with a disability in their lives.

Use and characteristics of Falabellas

At an optimum height of just 7 hands high (28 inches/71 cm), Falabellas really are tiny! While they are robustly healthy, they are generally too small to be considered for riding, though some are used for driving miniature vehicles. All coat colours are accepted, with spotted and coloured variations very popular among those who buy a Falabella. With interest in equine agility competitions growing, there is increased opportunity for the little horses to take part in events of this type. The equine agility potential of these nimble animals is an asset for vendors who sell a Falabella. They may be small, but they have big characters and enjoy being involved in family life and activities.

Falabella horses are a special breed of miniature horse originating from Argentina. Their exact origin is still unknown, but some believe they were created from crossings between Shetland ponies from Scotland and Welsh ponies from Wales. These powerful little equines stand at just 28 inches tall, making them the smallest breed of horse in the world. Despite their small size, Falabella horses have tremendous strength and endurance. They boast deep chests, muscular legs and a thick coat that can come in many colors such as black, cream, chestnut, palomino and dun. In addition to their physical characteristics, these horses also have lovely temperaments that make them a pleasure to be around; they are gentle yet confident animals who seek out human interaction and enjoy being part of a family! Falabella horses first became popular near the end of the 19th century due to their unique appearance and friendly nature. Since then, they have become an increasingly popular choice for people looking for an equine companion with whom they can form a strong bond. Today they can be found all over the world, where devoted owners take great care in providing them with everything they need to live long and happy lives!