The Merens horse is a native of the Pyrenees and Ariégeois mountains. This surefooted animal is also known as the Cheval de Mérens, Caballo de Merens and sometimes by its historic name, the Ariégeois pony. It is an important regional breed in both France and Spain, where many people proudly buy a Merens in recognition of its important role in the history and traditions of both countries. The charismatic breed, sometimes described as “The Black Prince of the Mountains” by people who sell a Merens, has a fascinating story. Over the centuries, it has served in many roles, from cavalry horse to farm horse, and today it is a recreational horse participating in the heritage of the mountains. 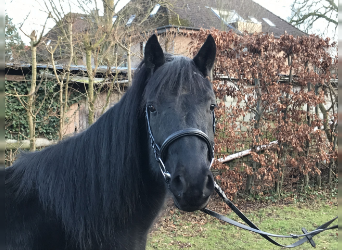 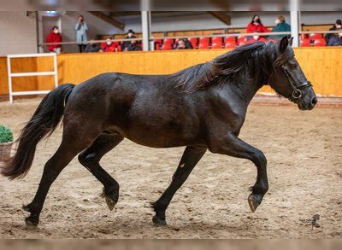 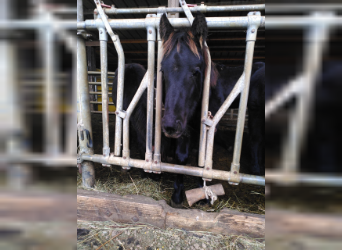 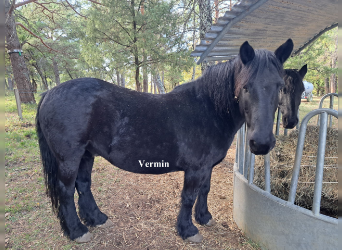 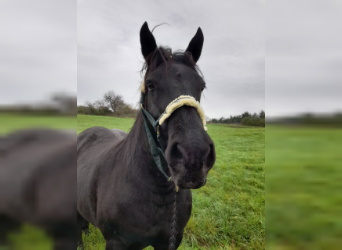 Use and characteristics of the Merens

Ideally, according to the standards of the breed, a Merens horse stands 14.1 hands (57 inches/145 cm) to 15.1 hands (61 inches/155 cm) high and weighs 400 to 500 kilos (880 to 1,100 lb). In fact, today there are broadly two types of Merens horse, with those bred in the mountains tending to be smaller at 12.3 ¾ hands high (51.75 inches/131 cm). Individuals produced in the lowlands or plains are larger, offering greater competitive scope for equestrians who buy a Merens of this type. Their coats are invariably black. Increasingly, breeders now sell a Merens that favours a sports horse profile. This has created controversy with breeders who wish to maintain the surefooted hardy all-rounder that has long been popular with farmers.

There are numerous intriguing stories relating to the origins of the Merens horse. Some place the origins of the breed in the far past, arguing that it is similar to horses in cave paintings at Niaux. Others say the small black horses of the region were referenced by Julius Caesar. Intriguing myths link the breed with the Cathars of southern France too. Certainly, by Napoleon’s time, these tough little mountain horses were used by the army to draw artillery. Connections with both Iberian and Arab horses have been suggested, as have links to similar breeds elsewhere in Europe, such as the British Fell and Dales, and the Norwegian Dole. It is on record that Mr Roy Charlton, Fell and Dales pony breeder, exported some of his ponies to Spain in the 1920s on the request of the Spanish government. They would certainly have found themselves at home in the mountain environment along with the Merens horses who were so similar in looks and basic nature. The Merens, like the Fell and Dales, were ponies that were vital for all the everyday tasks that needed to be done on upland farms. They worked as pack and harness horses in many trades, including forestry, viniculture, mining coal and metal ores, and were bred to Catalan donkeys to produce the famous Pyrenean mule. The Merens horses were such experts at finding their way safely through the mountains that they were used by smugglers taking goods across the border between Spain and France. The black princes of the mountains continued to be indispensable to the people of the region until after WWII. They were saved by a resurgence in pride in regional breeds, as well as the “back to the land” movement of the hippies in the 1970s.

Many Merens today still live a semi-feral life in the mountains. Others are highly successful riding and show horses. They are instrumental to equestrian tourism and regional heritage. They are very successful at endurance and carriage driving.