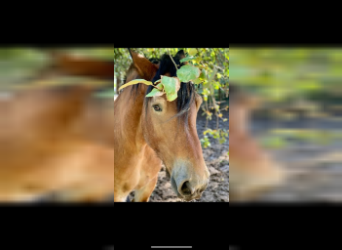 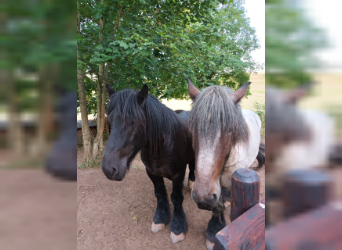 Ardennes, Stallion, 4 years, 15.2 hh Eventing
DE-54587
Lissendorf
€7,400
~ $7,973 Negotiable

Add to wish list
Stop looking and be found instead
With your personal request in search of the horse of your dreams.

Ardennes Horses for sale on ehorses

The modern Ardennes is a striking horse, standing around 15.3 hands high (63 inches/160 cm). Their coats are often roan, including bay, chestnut and a rarer iron-gray type. Everything about the breed is massive, including the crested neck, yet compact and well-proportioned for their size. The breed standard varies slightly depending on whether a purchaser chooses to buy an Ardennes in France (where the breed is known as the Ardennais) or Belgium. When people sell an Ardennes in Sweden, it is likely to be the Swedish Ardennes type, which has been crossed with the North Swedish horse.

Origin and history of breeding Ardennes

While great claims are made for the antiquity of Ardennes Horses, these are impossible to prove. It’s said that the modern breed descends from the large warhorses of the region that were praised by Julius Caesar and Tacitus. Breed enthusiasts have also suggested that some of the ancestors of the Ardennes were medieval war horses. Although these might both be true, the ancestors of the Ardennes, while they were clearly prized for their quality, would not have been the mighty horses that we know today. They may well have had the toughness of the modern breed, though. From the 17th century onward, the horses of the region were used for riding, particularly as cavalry mounts, and also as artillery horses. Napoleon drew on the horses of Ardennes for his campaigns, particularly the march into Russia. Ardennes were still being used as artillery horses in WWI. However, the greatest increase in size and strength came about as a response to the changing needs of agriculture. Throughout all these developments, a smaller mountain-bred Ardennes around 14.3 hands high (59 inches/150 cm) retained some of the qualities of the original breed. Despite their size, they are not expensive to feed, and this is one of the reasons as to why they were chosen as draught horses for the Swedish forests. The studbook for the French Ardennais, which stands slightly smaller on average than its Belgian counterpart, was set up in 1929. Both types of Ardennes have been altered by other Belgian Draft Horse breeding, particularly by the Brabant, which was probably responsible for the increase in the height of the Ardennes in the 19th century. Most draught horse breeds have come under threat with the arrival of widespread mechanisation, and one of the principal uses of the Ardennes today is for meat. Having said that, the general good nature and immense strength of this hardworking breed are likely to ensure that some of them always have a role as working horses.

Horses of the Ardennes breed can still be found working on the streets of European cities, as well as in forestry, agriculture and viniculture. They are a popular choice for family farms and smallholdings all over the world. When Britain began its own heavy horse revival in the 1970s, the short-legged Ardennes were found to be ideal for working on hillsides where taller breeds would struggle.